I finished my Eastern European comic thing but I'm not sure how much I should give away here, so with that in mind here is the beginning of yet another series. I've wanted to do this for some time now. It's roots lie with Bosch, (On a side note how cool would it be to have the name Hieronymus. Of course growing up would be hell but if one could make it through those formative years it would make a great adult name.) who has always been an inspiration. Just a group of characters whose goal is the garden instead of the other place. Of course most are doomed to fail just because their physical traits place them in hell but if they are good enough who knows. I will have a book of about twenty of these in the end. Each piece is either 2"x 2" or 3"x 3". 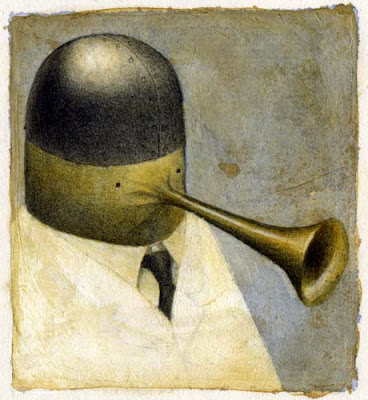 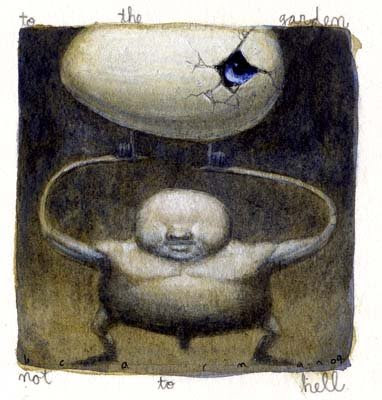 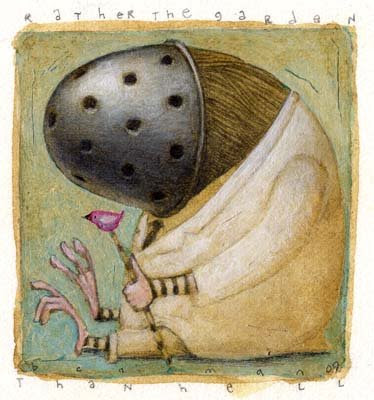 Lovely work! I wonder how you get those vibrant textures. Looks like smth with charcoal.
Oh by the way, 'Hieronymus' is Old Dutch for 'Jeroen'. In Holland we use Jeroen. Did you know Bosch was actually the first Surrealistic painter?

So I never know the blog etiquette of answering on one's own blog. Some people say to do it others say don't. Well this time I am although usually I don't. Bosch is one of my earliest influences. He was doing things at a time when no one was doing those things. Jeroen is not bad and is still better than Bill but old school Hieronymus is still the coolest. I id these with a mixture of graphite and acrylic or watercolor. The really great texture shows even more when they are enlarged. I'm glad you guys like these things. I think they fall it that category of weirdly cool things that no one can do anything with. Thanks all!

Interesting ways, I love the colors and textures. Congratulations